Unique Birthday Traditions Around the World 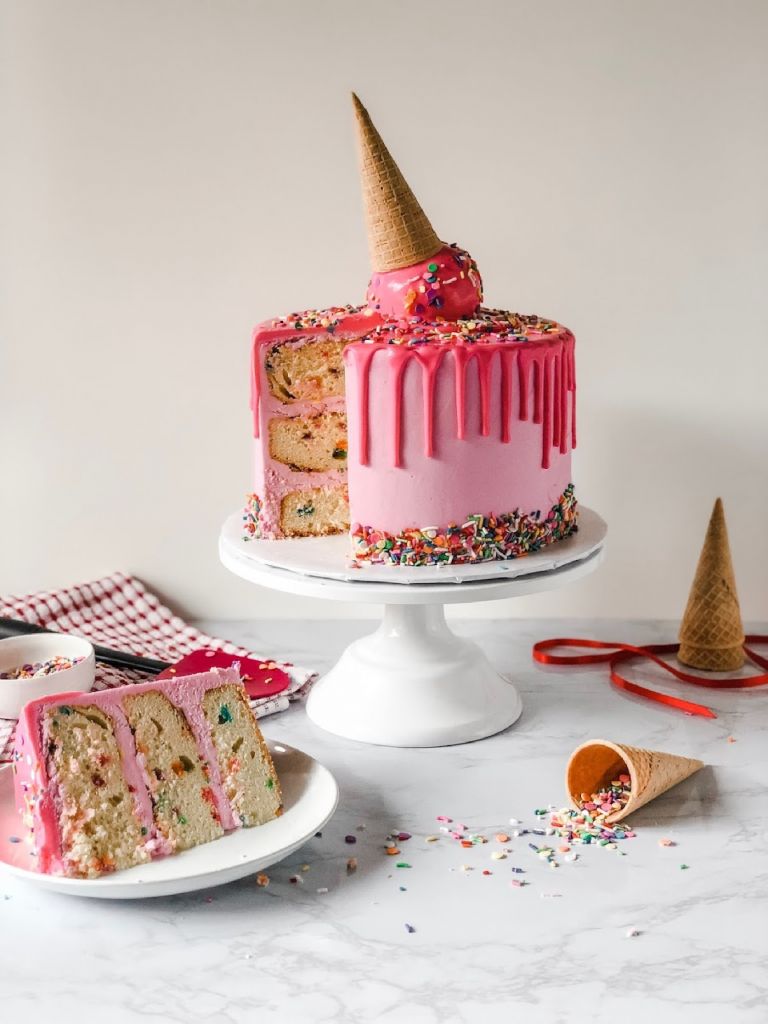 Not all countries celebrate birthdays with cake. Some do celebrate with cake but also have other traditional birthday dishes.

In Australia, birthdays are celebrated with a treat called ‘Fairy Bread’. Fairy Bread involves taking a slice of bread, spreading a thin layer of butter on top, and adding sprinkles to it. In Australia, sprinkles are actually called ‘hundreds and thousands’. This colorful dessert is especially popular at children’s birthday parties.

Popular birthday desserts in the Netherlands are special kinds of tarts or ‘taarties’. They are usually filled with different kinds of fruits and have whipped cream on top.

In South Korea, your first birthday is actually considered to be the day you’re born! So if you’re 25 years old in North America, you’re actually 26 in South Korea.

Also called Etor, Eto, and Otor, Oto is a dish made of mashed Ghanian yams, boiled eggs, and red onion along with a couple of other ingredients. This meal isn’t just for celebrating birthdays, it’s also made to celebrate coming of age ceremonies, baby naming ceremonies, and more.

In China, it is common for the birthday person to receive a bowl of extra-long noodles to eat. Longevity noodles, or yi mein, symbolize long life and good luck. Even if you don’t live in China, you may be able to find a box of dried yi mein at your local Asian supermarket and then you can try making them at home! Just make sure that when you’re cooking them, you avoid breaking the noodles into smaller pieces. They’re meant to be long for longevity!

There are two kinds of desserts common during birthday celebrations in Chile. One is the ‘torta de mil hojas’ or ‘cake of a thousand leaves’. There aren’t any actual ‘leaves’ in this cake but rather many thin layers of flaky pastry with different fillings in between them. The most popular fillings are dulce de leche and walnuts but jams and whipped cream can also be used.

Another popular Chilean dessert sometimes used to celebrate birthdays is Pineapple Cake. The recipes use a vanilla sponge cake with a filling of pineapple cubes and whipped cream.

In Nepal, colored rice yogurt is often eaten to celebrate birthdays. Not only that but some of the yogurt is often rubbed onto the birthday person’s forehead. This is a blessing for long life, health, and good luck.

In Denmark, children get special cakes in the shape of men or women. They’re kind of like gingerbread man cookies but on a much larger scale, and made of cake. The cake man or cake woman gets decorated with lots of different kinds of candies, icing, and chocolates. They are most common at children’s birthday parties.

Nose-Greasing and Birthday Bumps in Canada

In parts of Eastern Canada, such as Nova Scotia, nose-greasing is a common birthday prank. If it’s your birthday and you’re in Canada’s maritime provinces, watch out! You could get your nose greased with butter at any point during the day!

In other parts of Canada, such as BC where I grew up, kids can expect birthday bumps. Birthday bumps involve grabbing the birthday person’s legs and arms and lifting them into the air repeatedly so they bounce or ‘bump’ up and down. It’s common that you get one bump per year of your life, so if you’re turning 11, be ready for 11 bumps. Apparently, this birthday bump tradition is also common in Ireland and parts of the UK.

Similar to birthday bumps in Canada, you can expect to have your ear tugged on or pulled in Spain. Again, it’s also common that you get one tug for every year of your life, so 20 years old means 20 tugs on the ear. Ouch! This tradition may also be common in some other countries as well.

In Denmark, if you are unwed or single on your 25th birthday, you can expect to be doused in cinnamon. The reason cinnamon is used is that in Denmark, spice merchants were often away for long periods of time and therefore didn’t have the time to find a spouse.

When I first read about this I thought it was a bit old-fashioned, but apparently, these days the tradition isn’t so much to make fun of anyone for being single, but rather an excuse to play a prank. In fact, most Danish people do not get married until their 30s anyway.

My partner, Arturo is Mexican and we recently lived in Mexico for 3 years together. Something that surprised me about Mexican birthday celebrations was how many songs they sing!

In Canada, we just have the one classic, ‘Happy Birthday to You’ song, but in Mexico, I kept losing track of how many songs there were. And it’s not just songs either, there are also chants. There are chants that cheer on the birthday person, chants for cutting the cake, and chants specifically for cheering on people as they swing at piñatas.

If you didn’t already know, piñatas were originally invented to celebrate Christmas and the first piñatas were all made in the classic five-pointed star shape. Now, piñatas are used to celebrate birthdays as well as New Year’s and other celebrations. The piñata is such a fun birthday activity that many countries have also added piñatas to their growing lists of birthday traditions.

In Mexico, piñatas are sold at many different places. It’s very common to see them hanging above you as you walk through marketplaces or sold out of storefronts devoted to only selling piñatas in all different shapes, sizes and colors.

You may have already heard about quinceañeras. The quinceañera celebrates a girl’s coming of age at age 15. The celebrations usually involve the birthday girl wearing a bright and sparkly princessy prom-style dress.

In Mexico City, whenever we drove or walked by the Angel of Independence, there were often girls celebrating their quineceañeras and getting their photos taken on the steps of the iconic statue. Photoshoots for quinceañeras happen in many different locations

You’ll never forget someone’s birthday in Vietnam! That’s because individual birthdays are not celebrated but rather everyone celebrates their birthday together during New Year or Tet.

Extra Birthday Tradition Facts from around the World

In Ancient Egypt, when Pharoahs were crowned, they were believed to become gods. Their crowning day was considered their ‘birth’ day.

After the Ancient Egyptians started these birthday celebrations, Greeks started participating in the tradition but added cake to the mix. When they had a birthday, they would offer cake to the goddess of the moon, Artemis.

Since Artemis is the goddess of the moon, the Greeks baked moon-shaped cakes and decorated them with candles. That way the cakes could shine just like the moon!

The first birthday cake as we know it today was for children’s birthdays in Germany in the Middle Ages. The tradition was called ‘Kinderfest’ and it involved the birthday child receiving a cake with the same number of candles as the age they were turning.

The terms Golden Birthday and Champagne Birthday are fairly interchangeable and are gaining a lot of popularity around the world.

To celebrate this special event as a Golden Birthday many people throw parties where everyone dresses in gold. To celebrate a Champagne Birthday it’s obviously a great excuse to enjoy a bottle of champagne!

Author: April
Filed Under: Travel
15 Valentine’s Traditions from Around the World
The Travel Subscription Box for Outdoor Lovers: Living the Adventure with Explore Magazine

5 thoughts on “Unique Birthday Traditions Around the World”