Spanish in Chile & Chilean Slang: Everything You Need to Know 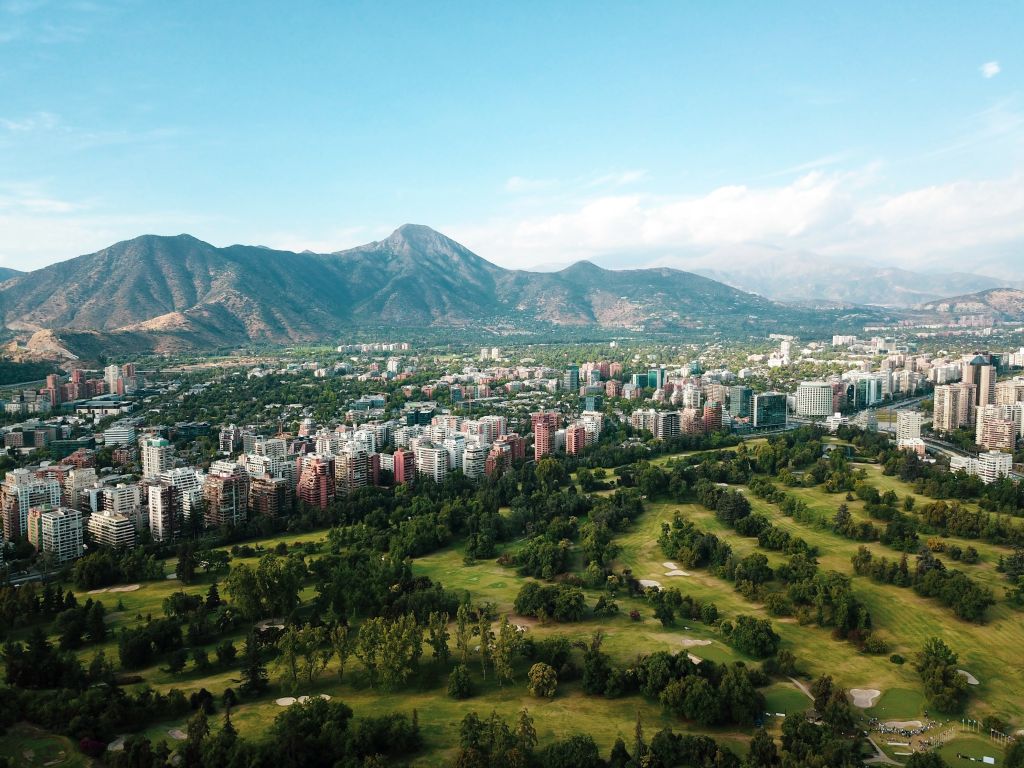 When I was preparing to study abroad in Chile, I naively thought to myself, “I’ve been studying Spanish for three years, I know this language, I can do this!” Then, on arrival, I realized I had no idea what was going on. I was so lost because the Spanish in Chile is so different from the Spanish I had been learning from my Argentinian and Spanish professors. And, to be fair, learning a language in a classroom is so much different than immersing yourself in it. Here are some Chilean Spanish and Chilean slang tips so that you don’t struggle with the language, as much as I did, on your next Chile trip.

Nice to meet you. ‘Mucho gusto.’

What is your name? ‘Como te llamas?’ or ‘Cuál es tu nombre.’

Where are you from? ‘¿De dónde eres?’

I am from Canada. ‘Yo soy de Canada.’

The first thing I noticed when I landed in Santiago was how quickly Chileans spoke. Aside from how different the Spanish sounded, it was hard to keep up based solely on speed too. Even Peruvians and Argentinians that I met while studying in Chile said they struggled to understand and keep up with Chileans.

There are many Indigenous languages spoken in Chile. Two that have had powerful influences on Spanish in Chile are Quechua and Mapudungun. Quechua has apparently had a slightly stronger influence on Chilean Spanish than Mapudungun.

Influences of these languages both show up in the slang spoken in the country, such as in words like ‘guagua’ listed below.

Also referred to as ‘Chilenismos’, here is a list of Chilean slang terms to know before you head to the country.

The word “po” comes from the word ‘pues’ which means ‘well’. It’s used as an emphasis when speaking and is often added to the end of sentences or questions. It’s kind of similar to how Canadians say “eh?”

“Huevon” and “huevona” are pronounced more like ‘weon’ and ‘weona’. These terms mean different things in different contexts. In a friendly context it’s kind of like calling someone ‘dude’ and friends will often use it with one another. In a heated argument, though, “huevon” and “huevona” can mean ‘idiot’ or ‘stupid person’.

While in Mexico, “que padre” means ‘how cool’, in Chile they say “que bacán”. The word “bacán” can also be used on it’s own to simply mean ‘cool’ rather than ‘how cool’.

Instead of using the word ‘fiesta’ for ‘party’, Chileans will often use the word “carrete”. It can also be used as a verb with “carretear” meaning ‘to party’ or ‘to have a party’. Speaking from experience, carretes in Chile can get pretty wild!

After drinking a ‘terremoto’ or two, you can use the words “curado” or “curada” to say that you are drunk or wasted.

After a carrete full of terremotos and pisco you may wake up the next day with a “caña” or hangover.

“Cuico” and “cuica” are used to describe rich people in Chile. The word is used in a slightly similar way to the Mexican slang “fresa”.

“Fome” is used to describe something that is very boring.

“Buena onda” literally translates to ‘good wave’ but it actually is used to describe a person who is cool, nice or has ‘good vibes’. “Mala onda” on the other hand means someone who is mean or has ‘bad vibes’.

The verb “cachar” is used instead of ‘comprender’ and means ‘to understand’. Instead of saying ‘¿Comprendes?’ to make sure someone understands what you’re saying, you can say ‘¿Cachai?’

“Once” refers to a snack which usually takes place between lunch and dinner. It usually consists of tea, coffee, bread or cookies.

Yes. While Spanish is spoken in both Chile and Mexico, Mexican and Chilean Spanish have very different accents and slang.

Is English widely spoken in Chile?

No. While some people do speak English it is not spoken as often as it is in other Spanish-speaking countries.

Why is Chilean Spanish so hard?

There are many reasons why Chilean Spanish is difficult to learn. The slang and the accent are very different from most other Spanish-speaking countries. Chilean Spanish has evolved to include words from many other Indigenous languages in the region such as Mapudungun and Quechua. Add into the mix the quick speed at which many Chileans speak and it’s bound to become difficult to keep up.

Even many Argentinians and Peruvians that I met while living in Chile told me that it was hard for them to understand Chilean Spanish sometimes.

Author: April
Filed Under: Chile
Skiing in Chile: Everything You Need to Know About Skiing at El Colorado