The Perfect Patagonia Itinerary for a Long Weekend | Visit Chile 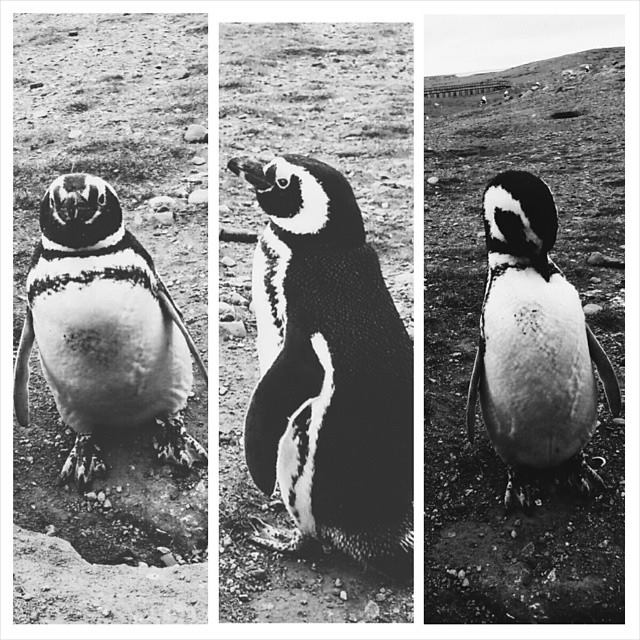 This past weekend I took a trip from Santiago down to the south of Chile to explore Patagonia. I was only there for a few days but I was still able to see so much! Even if you don’t have much time to spare, or you can’t afford to go on the W trek or the O trek, I highly suggest still visiting Patagonia anyway. Here’s how I planned the perfect Patagonia Itinerary for my long weekend away.

The beginning of my Patagonia Itinerary started off in Punta Arenas. Punta Arenas is a small, windy town almost at the most southern tip of Chile. It was cold and the skies were grey but Punta Arenas was charming and the perfect spot to stay while I explored the surrounding areas.

I chose to stay in Punta Arenas instead of going on the famous W trek or the O trek through Torres Paine for a few reasons. To be honest I just couldn’t afford the treks while I was visiting. I was studying abroad and didn’t have much money to spare. I absolutely love hiking and I wish I could have hiked the O trek or the W trek but I have asthma so I need to be especially careful at high altitudes. Three of my friends did the W trek while I stayed in Punta Arenas, and if I had gone I probably would have slowed them down and may have experienced serious altitude sickness.

Days 1 and 2 in Punta Arenas: Cemeteries, Shipwrecks, and Fuerte Bulnes

I ended up texting a woman I met when I was in Pucón, who lives in Punta Arenas and she took me to various monuments around the city.  Some of the places she took me included the local cemetery and to a shipwreck called the Lord Lonsdale (an 1899 ship). On Friday I went on a tour to Fuerte Bulnes which is a site that early settlers in Patagonia built and lived in. It was beautiful but so windy. The temperature was pretty low (about 6 degrees Celsius) and there were very strong winds. Plus being adjusted to the heat of Santiago made it seem a lot colder.

To book a tour to Fuerte Bulnes click here.

Finally on day three I did something I have wanted to do forever! I got to go to Magdalena Island to see penguins in the wild! The only problem was that I thought a bus was coming to pick me up from the hostel but it turns out I had about ten minutes to get to the harbor at the other end of town. The owner of the hostel ended up driving me there in his taxi and I just made it. I literally ran onto the boat as it was about to leave.

Magdalena Island was incredible. The boat docked and everyone was led around the island through a roped off pathway. There were hundreds of penguins and other birds all over the place. Sometimes the penguins would even cross through the roped pathway and walk super close to us. I ended up getting some amazing photos of them all and had the time of my life. There was a lighthouse at the top of the island that I went in and signed my name in the guestbook too. It was all very surreal and I really hope I can return one day. This was probably the highlight of my entire trip.

To book a tour to the Penguin Reserve on Magdalena Island click here.

Now yesterday was a total roller coaster. I woke up at 4:45am and headed out for a full day tour of Torres del Paine. The tour guide, Rodrigo, was super friendly and he spoke both English and Spanish. Our first stop was this giant cave that remains of the Mylodon (an ancient animal) were found in and has been an important archaeological site ever since. I again took some awesome photographs and found it to be super interesting.

On the tour I met this really nice couple, Pamela and Yofre, as well and we walked through the cave together taking photos. Before getting back in the van I went to the bathroom and left my phone in there by accident! I didn’t realize it until we had driven about an hour away from the cave onto our next stop and it was much too late to go back. Now I would not have minded leaving my phone there at all because the battery life is complete crap and I charge it four times a day and it freezes a lot and a bunch of other glitches… but this whole time I had been using my phone as a camera as well. So this means that the only photos I have of my penguin tour are the two that I uploaded to Facebook/Instagram the day before. Also I have no photos of the Mylodon Cave. However, I chose not to let it affect my trip too much. Oftentimes we get so busy taking photos we forget to actually look around us and realize where we really are.

Pamela and Yofre ended up taking plenty of photos for me anyway and said they would send them to me. Plus we took lots of photos together. Just driving around and seeing Torres del Paine in the distance was absolutely beautiful. We stopped at a bunch of places to appreciate the view and take photos. One place we stopped was at this turquoise lake surrounded by yellow flowers with Torres del Paine in the distance. There was a bridge that we walked across to this cabin restaurant that was delightful. Yofre and Pamela even paid for my meal for me and we made plans to hang out more in Santiago.

At one point I felt like I was kind of intruding on Yofre and Pamela’s trip but they kept insisting that I get in photos with them so I figured why not? Our last stop was a short hike through this forest that led us out to the shore of a giant lake. There were pieces of icebergs there that had been carved into different shapes by the wind and were absolutely beautiful. The wind was so strong though that I almost fell over a few times.

When we finally reached the edge of the lake and had taken a few photos of the icebergs, Yofre handed me his GoPro and I started making faces at it since it was recording. I looked at Yofre then and realized he had a little box in his hand. I immediately stepped out of the picture and started filming. Pamela’s hands flew up to her mouth in surprise and happiness as Yofre asked her to marry him. She said yes and with shaking fingers put on the beautiful ring. It was so exciting and I got to film it all for them! I’m so happy that I got to witness that but I just wonder how the video turned out because I was definitely just making the ugliest of faces at the beginning of it. Typical me. I only wish I could stay here in the south longer.

Author: April
Filed Under: Chile
Pucón Chile: 7 Things to Do in one of the Most Gorgeous Places in Chile