Parks in Mexico City that You Need to Visit 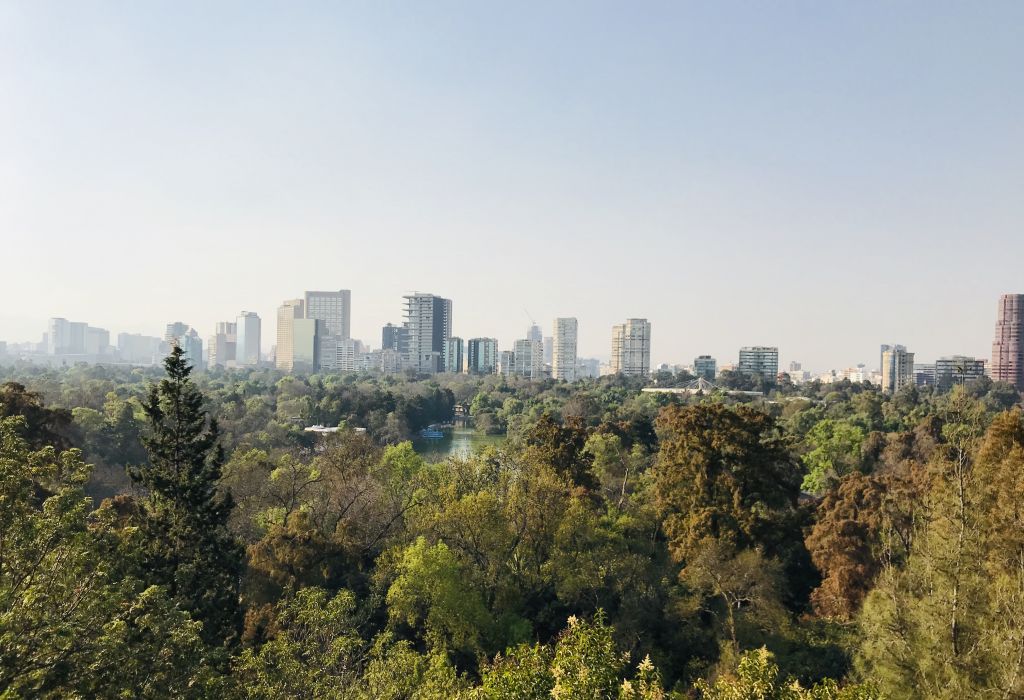 Transportation in Mexico City: How to Get to All the Different Parks

Mexico City has a good metro system and they even have a section of the metro just for women. You can read all about navigating the metro here. You can also use Uber in Mexico City or you can rent a car.

‘Chapultepec’ literally means ‘Hill of the Grasshopper’ in the language, Nahuatl. Chapultepec Park is the most important park in Mexico City. This is due to its size and location. It’s actually twice as large as Central Park in New York City and is known as one of the ‘lungs’ of the capital. It is also located fairly close to the Centro Historico and has many culturally important sites within itself. For example, in Chapultepec Park, you can visit the famous Castillo (castle) de Chapultepec, multiple important museums, and even take a paddleboat out on a man-made lake. There’s plenty of open green spaces with lots of trees to have a picnic as well as many paths to wander through the forest.

Fun fact, I actually got engaged in Chapultepec Park and you can read about how my husband proposed here.

Desierto de Los Leones or ‘Desert of the Lions’ is actually not a desert, but another lush green forest full of hiking trails, picnic spots, and even a beautiful Ex Convent that you can visit. If you walk behind the Ex Convent you will see a row of stands selling different souvenirs and you can take stairs from there down to some of the hiking trails that run parallel to a series of streams and small waterfalls. Desierto de Los Leones takes a bit longer to get to depending on where you’re staying because it’s located to the very south of the city rather than in the center.

Parque Lincoln is located in Polanco, a posh area of the city known for its high-end restaurants and shops. On the weekends you can find many people racing model boats in the man-made ponds within the park. Parque Lincoln is also home to an aviary that you can visit and has plenty of walking paths throughout the trees.

Parque Mexico is one of my favorites because every Saturday there is a dog adoption event. You can take a dog for a walk and try to help it get adopted, or you can even adopt a dog yourself! Needless to say, this park is one of the most dog friendly and my husband and I often bring our pug there. There is also a large paved courtyard in the center of the park where people like to ride bikes and rollerblade. Another thing I love about Parque Mexico is that there is a path circling the courtyard with a trellis overhead that is often clothed in bright pink flowers. Plus, there’s a few jacaranda trees there which bloom purple in the spring. Parque Mexico is located in La Condesa which is just minutes away from Chapultepec Park.

Parque La Mexicana is located to the west of Mexico City in an area called Santa Fe. It’s a fairly new park and has plenty of restaurants, cafes, a man-made lake with a fountain and so much more. There are rolling green hills and playgrounds for children. The park even has a large off-leash area for dogs which is separated into two sections, one is for small dogs and one is for medium and large-sized dogs. There aren’t a lot of trees in the park but rather lush green hills with views of the surrounding urban jungle. At the top of the hills, there are also hammocks where you can relax.

Close to the Frida Kahlo Museum (also known as La Casa Azul) there is also a Frida Kahlo Park in Coyoacán. It’s a beautiful park with a couple of walking trails, plenty of lush foliage, and a couple of statues including one of Frida Kahlo herself. The bushes are often pruned in order to look like various kinds of animals.

Author: April
Filed Under: Mexico
Pueblos Magicos in Mexico to Add to Your Itinerary
Visit Chiapas: How to Spend 3 Days in Chiapas Mexico