How to Spend One Day in Brno, Czech Republic 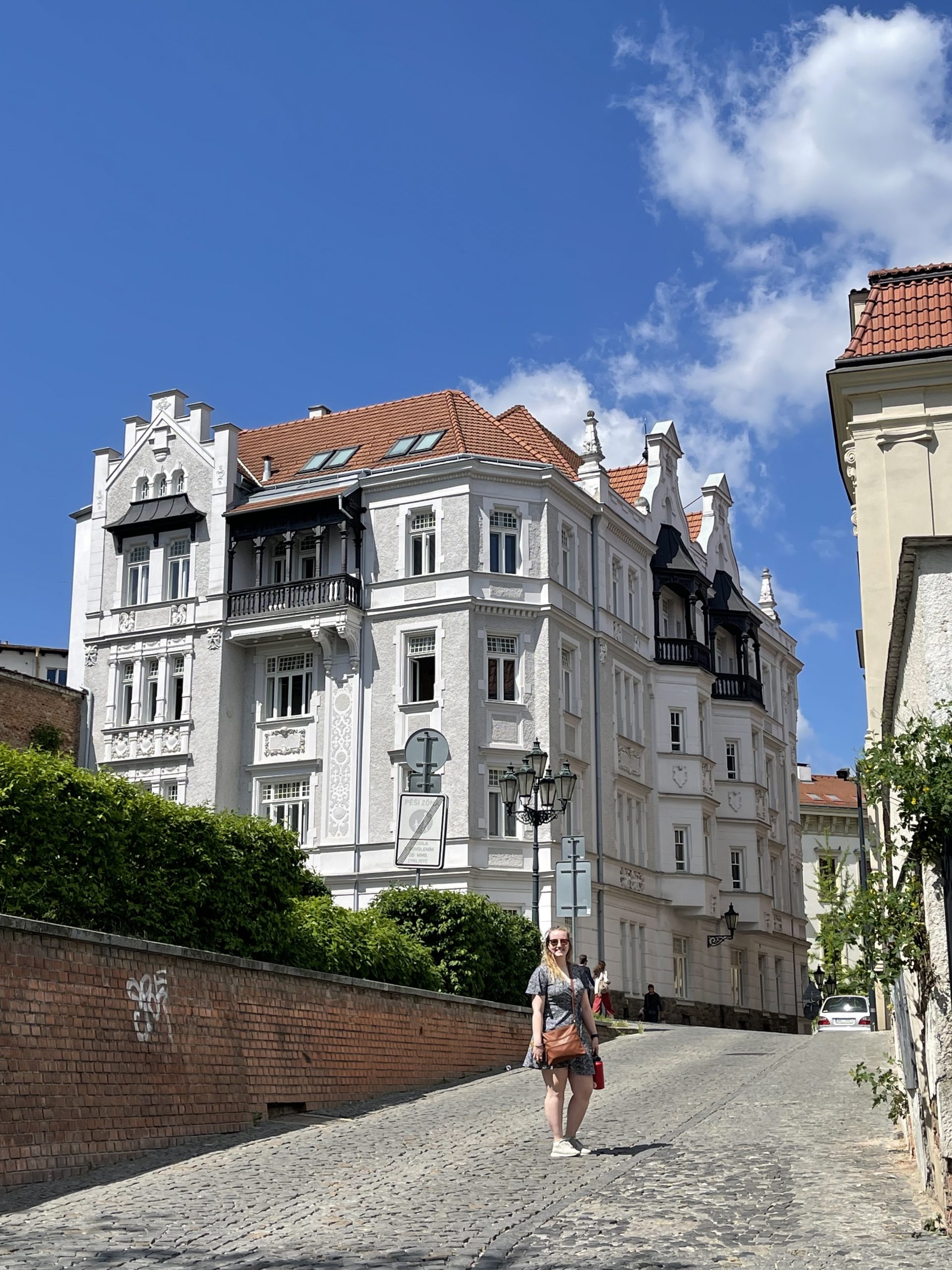 Arturo and I didn’t know much about Brno when we decided to do a day trip there. We really went into the day trip with no expectations and just a short list of some things to see. Yet, Brno actually ended up being one of my favorite places that we visited during our three weeks in Europe. It’s just such a charming city, so easy to walk around, and full of gorgeous architecture. I was also pleasantly surprised by how many vegetarian and vegan options and restaurants were there. If you have just one day in Brno, this guide will help you plan what to see, do and eat while you’re there!

How to Get to Brno from Vienna (and other cities)

For some reason, I had assumed that taking a train to Brno from Vienna would be the cheapest option but we actually ended up finding better deals by bus. Of course, it totally depends on a variety of factors like season, time of day, and what city you’re coming from. Generally speaking though, the cheapest way to travel between cities in Europe (especially if it’s just for a day trip) is by either train or bus.

Things to do in Brno

Brno’s Freedom Square (náměstí Svobody) is not actually a square at all but rather in the shape of a triangle. There are some gorgeous buildings in the square to admire such as the House of Four Giants and Klein Palace, plus plenty of nearby cafes and restaurants. Surrounded by beautiful architecture, you would never guess that the shape of this triangular ‘square’ was originally created to account for paths of old sewers as well as an old trade route.

Another square well worth checking out in Brno is Moravian Square. It’s one of the largest squares in Brno and is known for it’s architecture and famous buildings such as the Church of St Thomas and the Governor’s Palace which houses the Moravian Gallery. You can also see the famous, and controversial, equestrian statue of Jobst of Luxembourg in the square, pictured above.

Visit the Cathedral of St Peter and St Paul

Perched atop Petrov Hill lies the Roman Catholic Cathedral of St Peter and St Paul. The architecture is eye-catching and there’s an interesting story behind the cathedral’s bells. While most church bells ring at noon, the Cathedral of St Peter and St Paul’s ring at 11am. Apparently, the Swedish army general Torstenson had said that he would stop the siege on Brno if his army had not conquered the city by the time the church bells rang at noon. Hearing this news, Jean-Louis Raduit de Souches made sure the bells rang one hour earlier than they were supposed to.

Spilberk Castle was so different from my expectations and I absolutely loved visiting! I think I was just expecting the architecture to be more similar to a castle made of stone and dark colors. Perhaps I had more of an Edinburgh-type castle in my mind.

Anyway, as you can see from the photos, Spilberk Castle has bright white walls, red roofs, and red brick foundations and bridges. We also saw a few beautiful doors inside the castle with large star patterns. The castle sits atop a large, centrally-located hill so there are some incredible views to see from up there too. If you only have one day in Brno make sure Spilberk Castle is on your list of places to see!

Check out the Cabbage and Vegetable Market

I really enjoyed visiting the Cabbage and Vegetable Market while in Brno. Alongside the produce, vendors can also be seen selling house plants, vegan ice cream, and a variety of other goods. In a building close by the outdoor market, we also were able to wander through an indoor craft market although I think it may have been seasonal.

One of the coolest things about the vegetable market, in my opinion, is that it’s located right above a labyrinth that you can take a tour of.

Explore the Labyrinth beneath the Vegetable Market

Located at Zelny trh 21, Brno 60200 Czech Republic is the entrance to a sprawling labyrinth that takes visitors down over 200 steps under the vegetable market. Through the tunnels, you will be able to visit rooms set up to resemble the old medieval cellars that used to lie down there. There is also a wine cellar, an alchemists’ laboratory, and different replicas of devices used to punish dishonest merchants.

Visit the Ossuary of St James

For a more haunting look at Brno’s history, you can also visit the Ossuary of St James. This famous ossuary is the second-largest in Europe. The cemetery at the Church of St James was set up inside Brno’s city walls so it was difficult to expand it. Due to this, along with the fact that so many people died of cholera, plague, the Swedish siege, and the Thirty Years War, bodies would only stay in the cemetery for a maximum of 10 to 12 years before being exhumed and moved to the underground ossuary. Then, a recently deceased body could be placed in the cemetery.

It is estimated that the bones of over 50,000 people lie in the Ossuary of St James and they have all been stacked in different patterns. A maximum of 20 visitors are allowed in at a time and you should be quiet and respectful inside.

Brno’s Old Town Hall is home to a gallery, a tower with incredible views of the city, an information center, and a history exhibit. Even if you just visit to admire the Baroque architecture, you’re sure to be impressed. It’s free to go inside and there are often different kinds of events and performances happening in the courtyard.

The Villa Tugendhat Building is famous for being an early modern piece of architecture. It was built and designed for Fritz and Greta Tugendhat by German architects Ludwig Mies van der Rohe and Lilly Reich between 1929 and 1930. The Tugendhats lived in the house until 1938 when they moved to Switzerland and then later fled to Venezuela to escape the war.

If you’re interested in art history and architecture this is a great place to visit as it’s actually the only monument of modern architecture in the Czech Republic and has therefore been entered on the UNESCO World Cultural Heritage List.

Where to Eat & Drink in Brno

Bozsky Kopeck is a vegan ice cream chain in Brno that serves ice cream from various mobile ice cream carts. There is often one parked at the Cabbage and Vegetable Market, but we saw another one elsewhere while walking around the city too.

Arturo and I just needed somewhere to charge our cell phones when we stumbled upon Atelier, and I’m so happy we did! We ordered cocktails and beer and decided to share a cinnamon cake. The cinnamon cake was served with pear and caramel sauce and was so delicious that once we were done eating it, we ordered a second one! It was seriously incredible! The caramel was so perfectly creamy and paired so well with the bright pear and cinnamon.

Enjoy a Beer at Starobrno Brewery

If you love beer then make sure you visit the Starobrno Brewery to learn about Brno’s beer history, which is over 750 years long. With multiple kinds of beer to enjoy, there’s something for everyone at Starobrno. Alternatively, if you don’t have time to make it to the brewery, you can enjoy Starobrno beer at many different restaurants and bars throughout the city.

Go for Drinks at the Super Panda Circus Bar