50 Photos that Will Make You Want to Go to Thailand 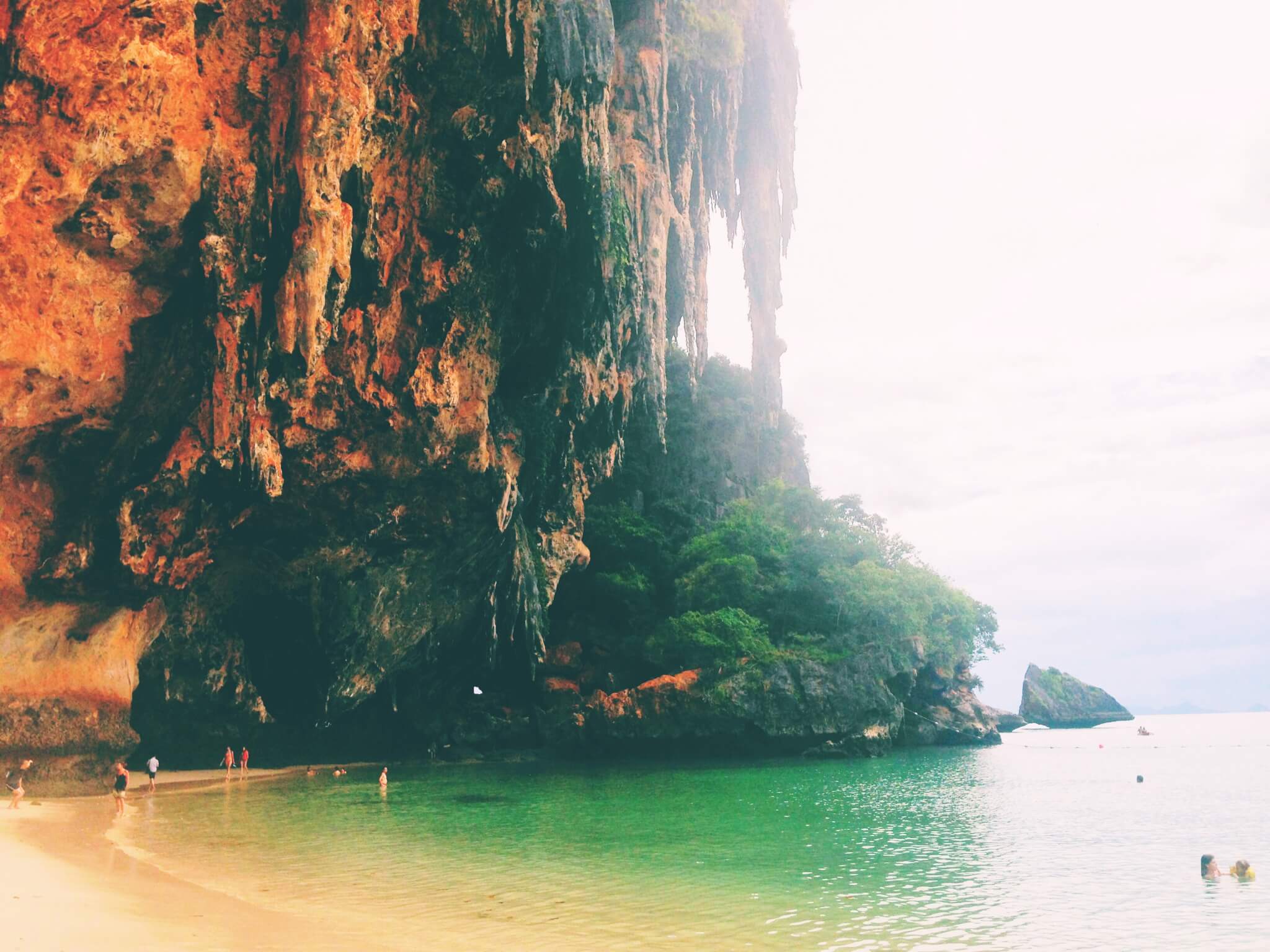 Just over two years ago I spent a month in Thailand with a friend of mine and it was one of the best months ever. I have a couple of friends who have both recently been to Thailand and seeing their photos made me miss it so much. If you haven’t been to The Land of Smiles yet then check out these 50 photos that will make you want to go to Thailand. Seriously, get ready to book your tickets!

Bangkok is one of the craziest cities I have ever been to. In fact, our first day in Bangkok, my friend got hit by a car while taking a motorcycle taxi. The photo above is of a more peaceful form of transportation in Bangkok. I loved taking these water taxis so much. This is the one we took to get to the Grand Palace which is pictured below. 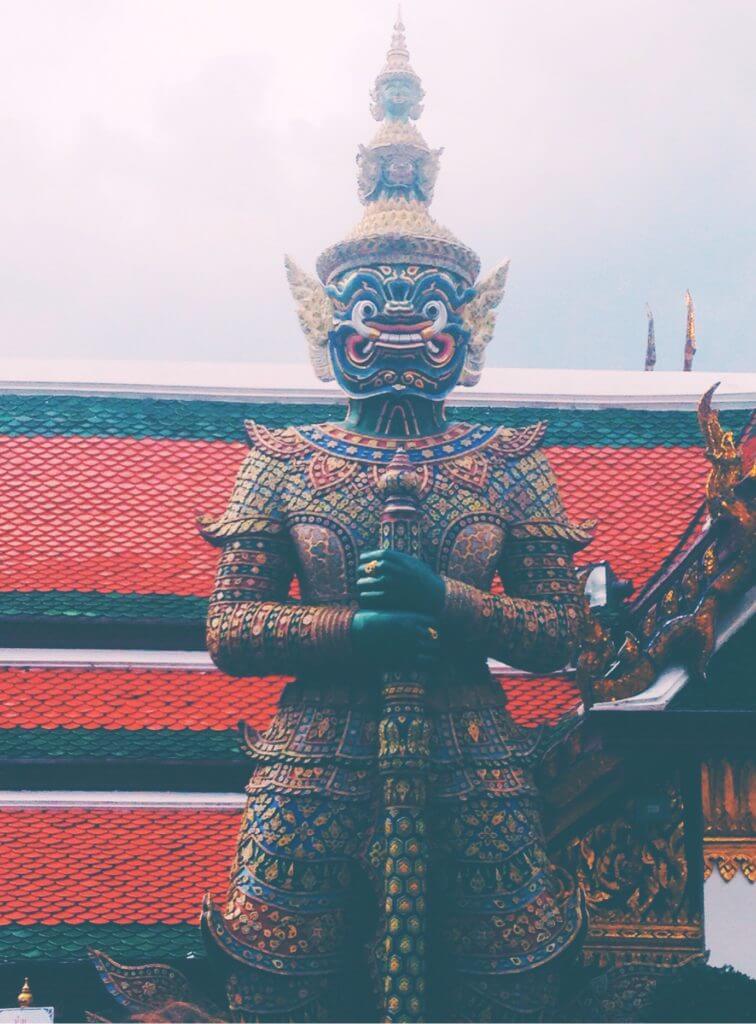 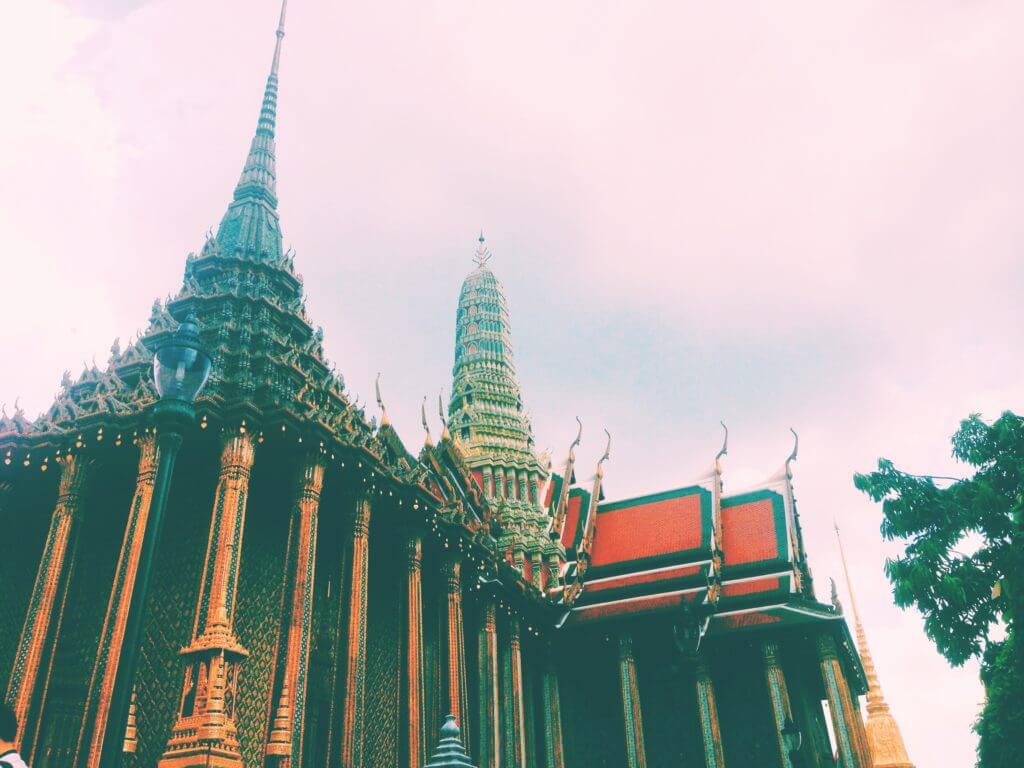 Chiang Mai was a huge highlight for me. We were there in November so we were able to see Loy Krathong, and we also got to visit an elephant sanctuary. We were also very blessed to be staying with my friend, Jean-Luc’s family. They were super hospitable and showed us around everywhere. When we were with them we even got to visit a special Buddhist ceremony happening at an out-of-the-way temple. We were the only travelers there so it was surreal to say the least.

Chiang Mai is a huge city with amazing nightlife but also with a ton of jungle to explore. We hiked up to temples and waterfalls and had a blast eating some amazing Thai food while exploring.

Side note: I didn’t get any good shots of the main areas of Doi Suthep because it was evening when we arrived but there is a shot of a Buddha statue below from there as well.

Chiang Dao is so often overlooked by tourists who come to see the ‘big attractions’ that Chiang Mai and Chiang Rai have to offer. We got offered to volunteer at an orphanage in Chiang Dao so we set out and stayed in some gorgeous jungle huts. They were very comfortable and nestled right into the side of a big, lush mountain. We ended up realizing that we couldn’t go to the orphanage because it was in a very dangerous area but we did get to explore a lot. At one point we went walking by ourselves through the jungle and came across a beautiful temple in the middle of nowhere. We were the only ones there so it felt as though we were starring in a fairytale.

We went to Chiang Rai because we had heard so much about the White Temple. Most of the temples we had seen were extremely colorful and each temple was starting to feel kind of similar to the last. So after a few days in Chiang Dao we set off for Chiang Rai and visited the White Temple.

After being in the jungle for a while we headed down south and island-hopped for a few weeks. It was absolutely incredible but these photos are only pictures of when the sun was shining. We were there during the rainy season so there were a few times when we had to run to take cover from the crazy monsoons. 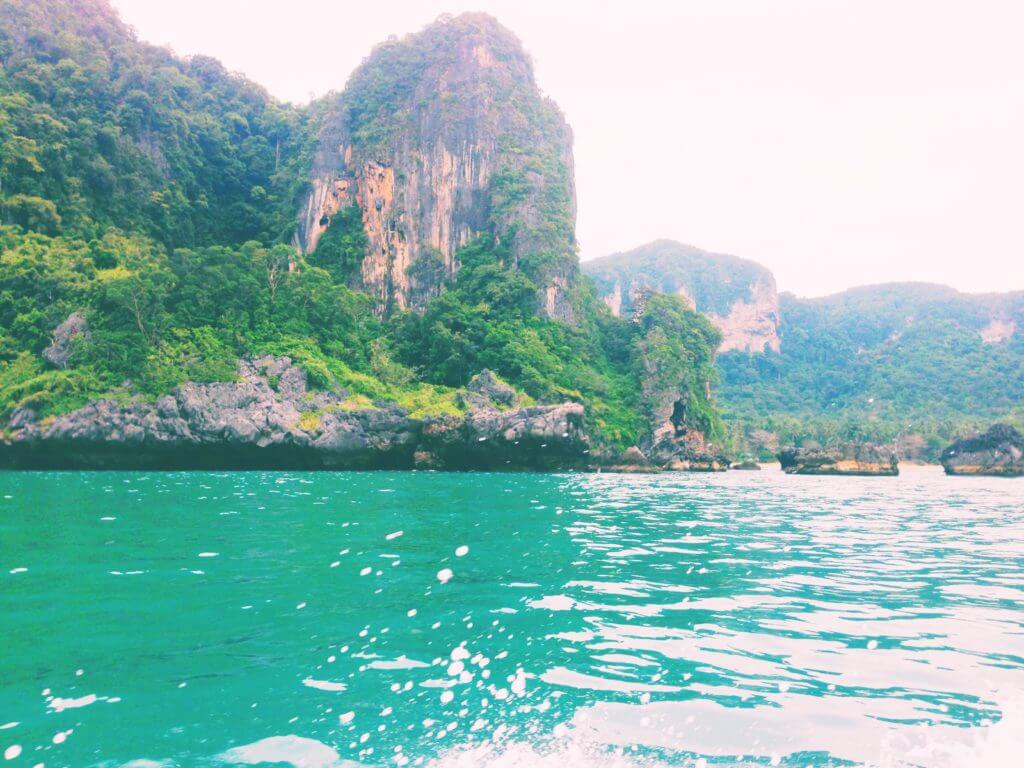 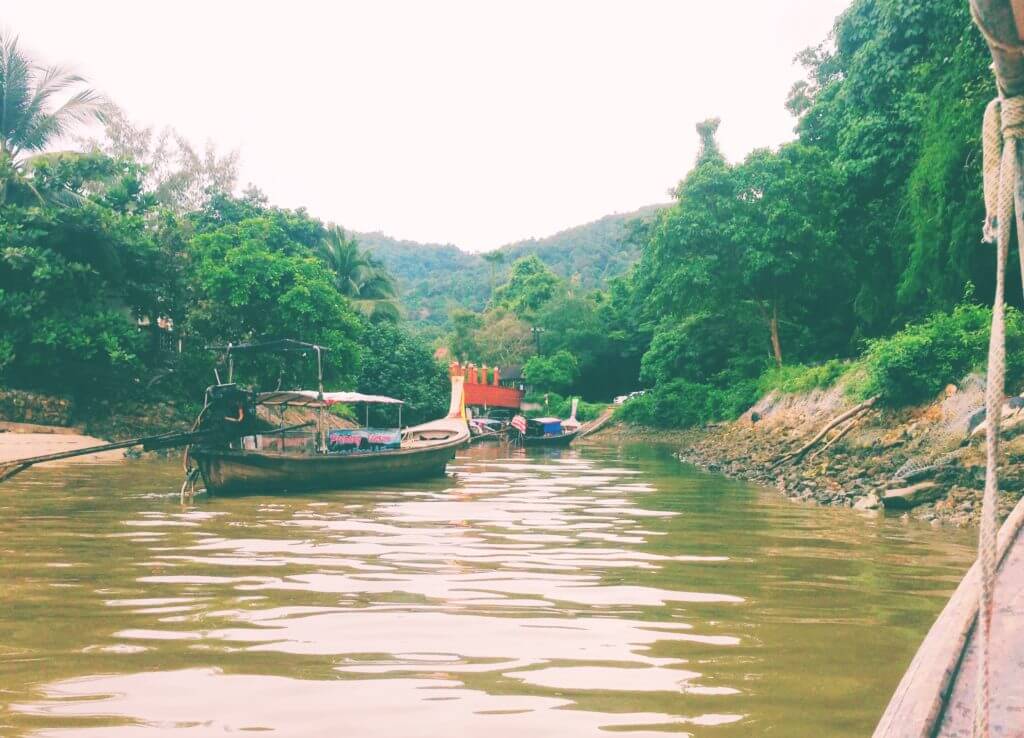 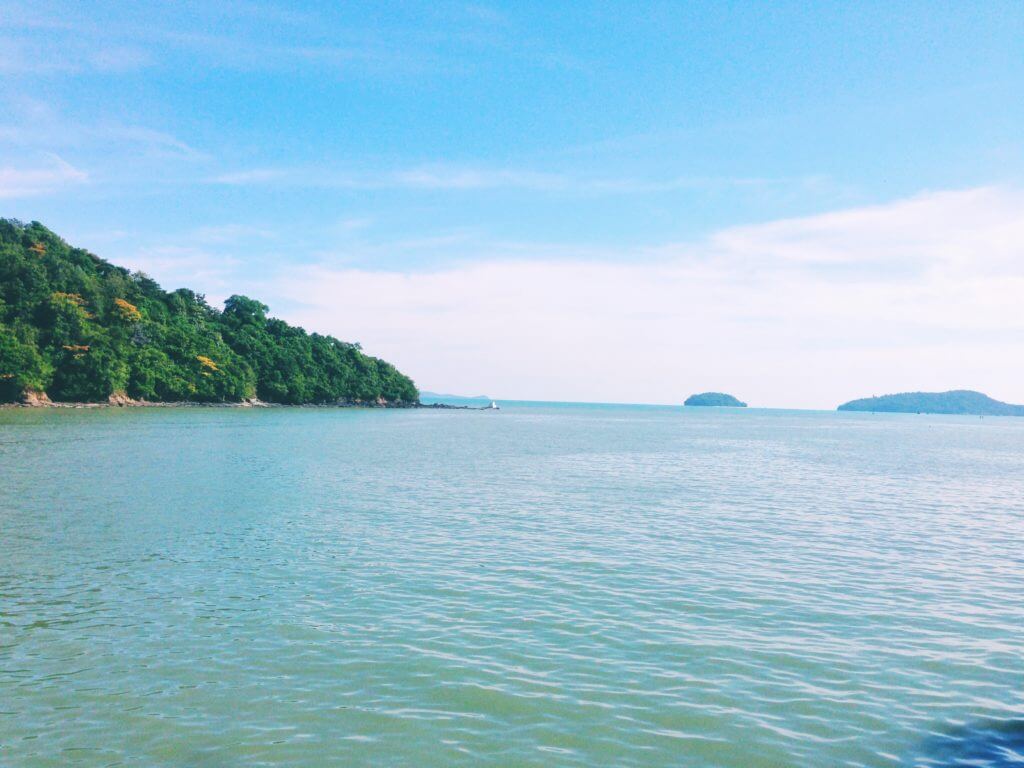 Koh Phi Phi in One Photo

In Koh Phi Phi I was either at parties or at the hospital due to a really bad food poisoning situation. This is the only photo I could find taken during the day but I love it so much. Koh Phi Phi is a great island if you want to party but it was a bit too crowded for my liking and I wanted to go on more hikes and get away from the crowds a bit more.

Koh Lanta was my absolute favorite island! The whole atmosphere was so much more laid back than the other islands. Koh Lanta was beautiful, there were hardly any crowds and no noisy parties that we could hear.

The beach pictured above was so close to our hostel in Koh Lanta. We would often end our days there just laying on the beach. The best part was that most evenings, we were the only ones there. The night we got these gorgeous sunset shots we were accompanied only by a friendly, but scruffy, stray dog who ended up following us back to our hostel.

Author: April
Filed Under: Thailand
Where to Go in Thailand: 8 Incredible Thailand Destinations