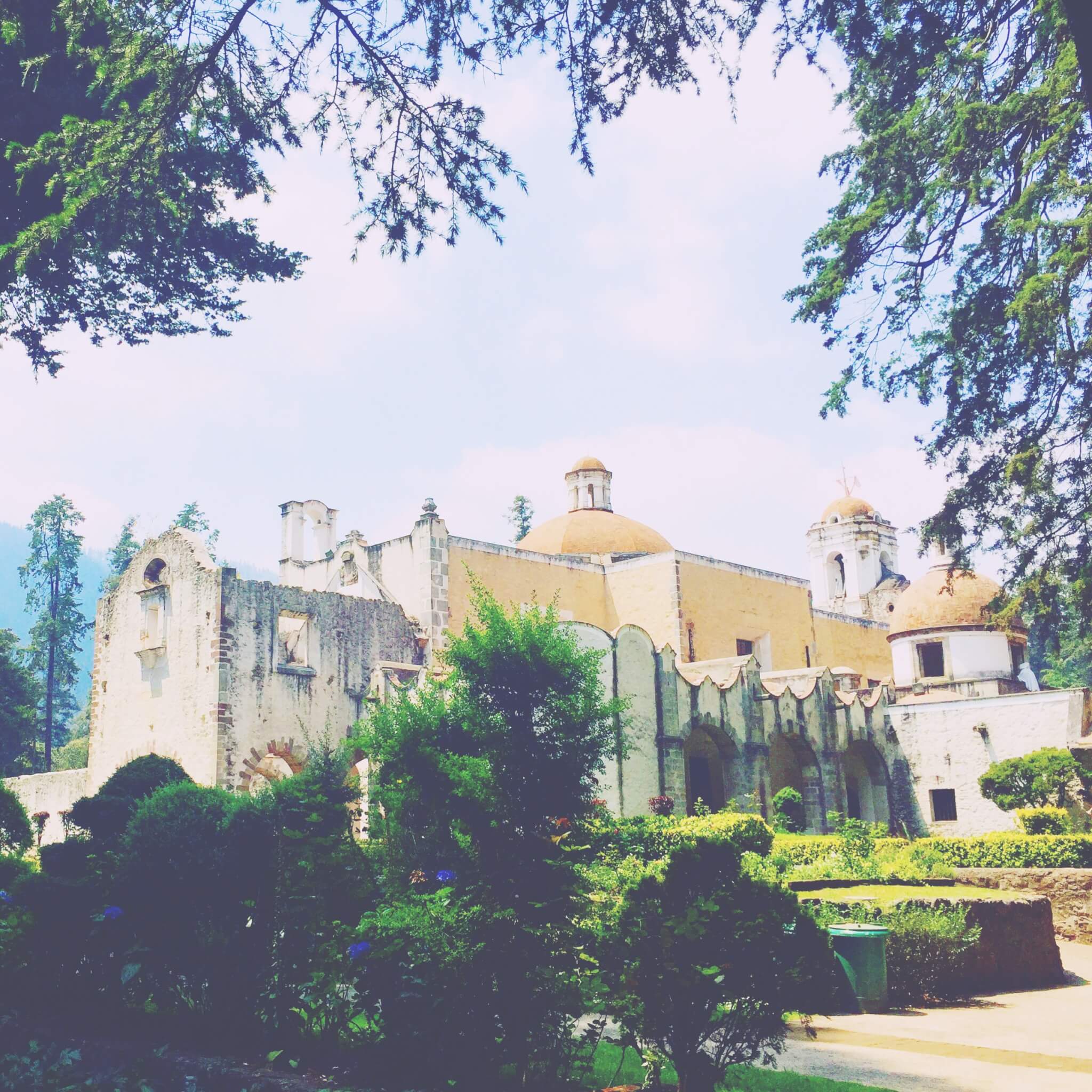 The Ex Convento del Desierto de los Leones was one of the first places Arturo took me to when we got to Mexico City. We knew we had to take my family to this beautiful site when they visited us last month. Technically this beautiful oasis is in Mexico City. The Ex Convento is far enough up a winding dirt road that it feels like its own private oasis of peace. Away from the bustling city, the Ex Convent boasts proud stone architecture and bright, flowering gardens.

You can take a tour throughout the convent or simply wander at your own pleasure. We chose to wander, basking in the sun and enjoying every last square inch of the beautiful buildings and gardens. As you wander through some of the corridors you can hear a tape playing eerily beautiful music sung by monks. There is a surprise around every corner. A hidden corridor, an old monk’s room and yet another garden are just some of the surprises you will find. You can spend hours happily walking through the convent and out to the small forest hidden behind the building.

How to Get to Desierto de los Leones

The Desierto de los Leones, or Desert of the Lions is located in the south of Mexico City. I don’t believe that there is any bus that will take you all the way there. The easiest way to get there if you don’t have a car is to bus or metro as far south of the city as you can and then take an Uber to the Desert. Or you could just Uber the whole way. I’ve only ever driven there since I live here and have access to a vehicle. While there you can visit the beautiful Ex Convent and hike along some nearby trails.

The Order was forced to give the convent to the government during the time of independence. The Ex Convento was then abandoned and re-inhabited by thieves. The thieves even set up a fake money factory within its walls. A military barracks later occupied the old convent.

The Ex Convento became a forest reserve area in 1876.Then the Ministry of Environment, Natural Resources and Fisheries received the historic site from the government. This occurred in 1999. All of this information and more can be found in Spanish here.

While this beautiful, historic site exudes a deep sense of peace during the day, it holds a different truth at night. You can partake in Nocturnal Legend Tours (Leyendas Nocturnas) where actors dressed as Carmelite monks will guide you through the convent. They will tell you stories about the history and culture of the site while also working in elements of suspense.

However, the might not have to work too hard to add these suspenseful elements. There have indeed been many accounts of paranormal activity occurring within the convent at night. Multiple people have reported hearing the shouts and cries of possible earthquake victims throughout the convent corridors. There was indeed an earthquake in 1705 which could have killed people within the convent walls. The earthquake destroyed many parts of the historic site. These areas were later rebuilt. Therefore these reports about hearing victims cries may be true.

The dining room and basement are also home to apparent paranormal activities. Many people have claimed to have seen chairs move on their own and lights turning themselves on and off in the dining room. A punishment chamber used to exist in the basement. At least, that’s what some people believe. Due to this, there are rumors of people having heard cries from there as well.

Most of these paranormal sightings (and soundings) are pretty legitimate as far as there are multiple people attesting to them. However debates about this are popular. Tour guides say that these rumors are false. It was actually a water and sewage system that once lied in the basement. But hey, you never really know do you?

You can visit the Ex Convento from 9am-5pm Tuesday through Sunday, though these hours are subject to change based on season. The Nocturnal Legends, which occur throughout various Thursday, Friday and Saturday nights. You can also see concerts, plays, and various festivals at the site. Sometimes they even host photography and painting expositions. There is also a small Bicentennial Museum within the convent that is quite interesting as well. The site is so beautiful and also makes a great wedding location. More information on events, schedules and entrance fees can be found here.

The Ex Convento del Desierto de Los Leones is a truly magical place. If you’re ever in Mexico City, don’t leave it out of your itinerary. For more tips on what to do in Mexico, click here. 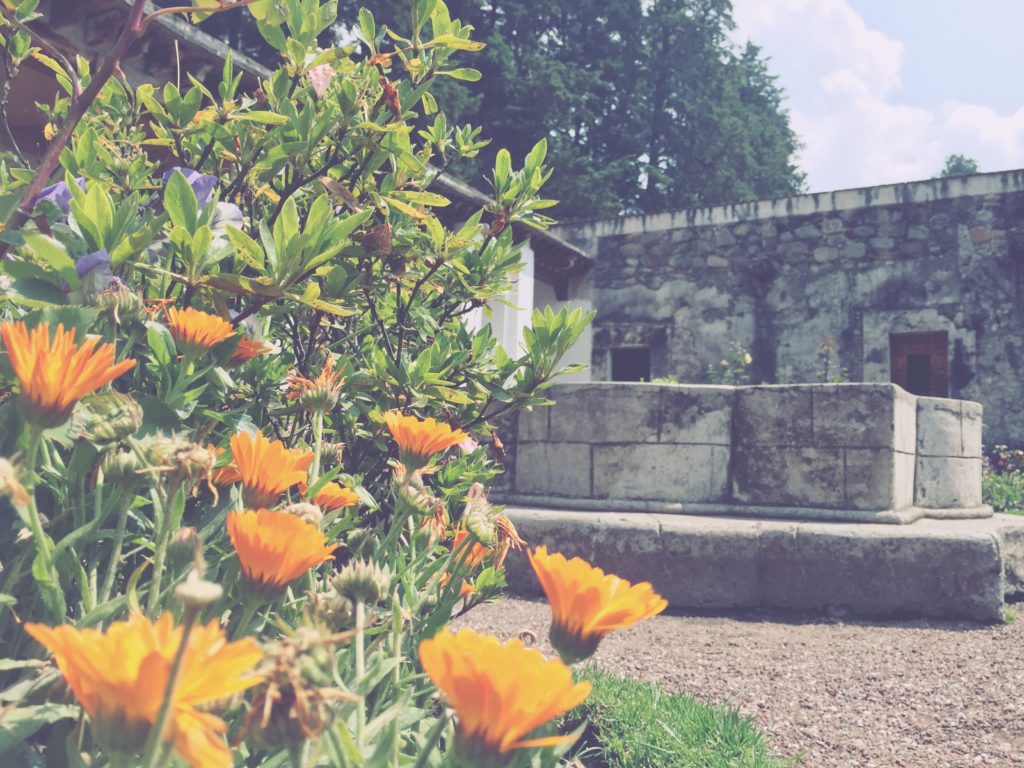