Canadian Slang: Words and Phrases to Help You Sound Like a Local 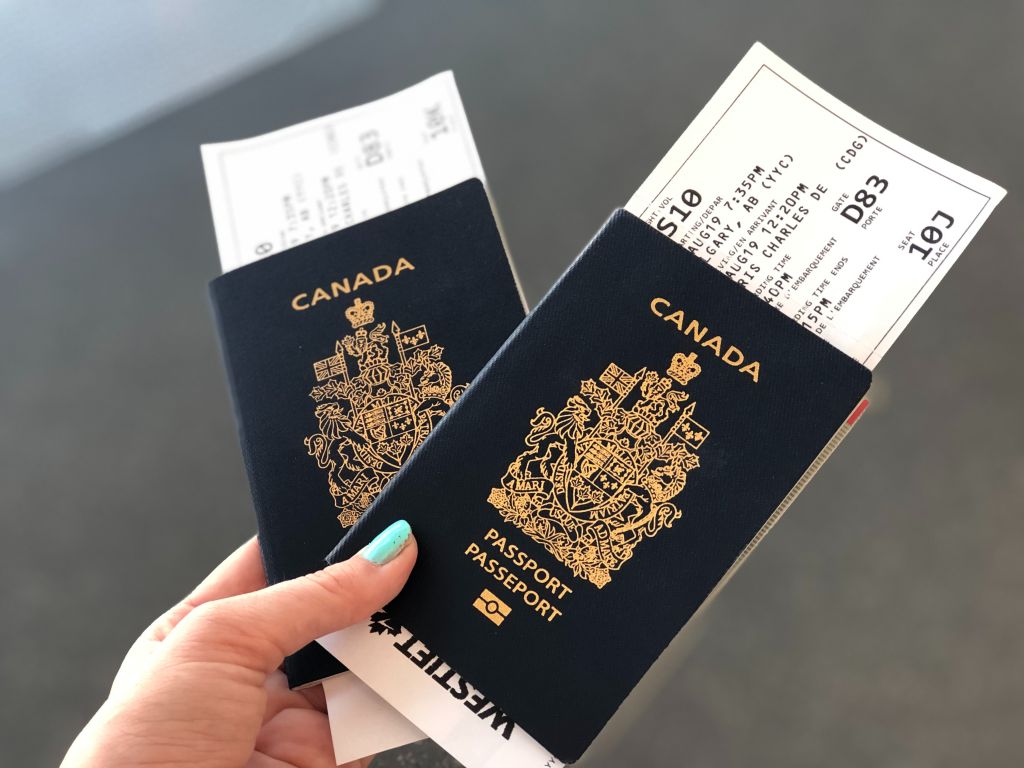 I always knew that Canadian slang differed greatly from British slang and Australian slang, but I didn’t realize how different it was from American slang until I became friends with a group of Americans while I was studying abroad in Chile. There are a lot of words and phrases we use in Canada that aren’t used anywhere else. So, if you’re planning a trip to Canada, here are some Canadian slang words and phrases to help you sound like a local!

CANADA TRAVEL BASICS
Getting There: FLIGHTS & BUSES
Getting There: AIRPORT TRANSFERS
Accommodation: HOTELS
Getting Around: RENTAL CARS
Things to Do: TOURS & ACTIVITIES
Safety & Health: TRAVEL INSURANCE

You’ve probably heard this one before and while I like to think I don’t use it that often, my husband says otherwise. Canadians will add “eh?” to the end of a sentence to turn it into a question. For example, “It’s cold out, eh?” This is basically the equivalent of saying “It’s cold out, isn’t it?” or “don’t you agree?” We also sometimes say “eh” instead of “um” when speaking as well.

The Canadian one-dollar coin has a picture of a loon on it, and so we refer to all our one-dollar coins as “loonies”. Since we also have two-dollar coins here, we call them “toonies” because they are worth “two loonies”.

Known in the USA as “tennis shoes” or in the UK as “trainers”, “runners” refer to shoes you wear for running. I’ve always referred to these kinds of shoes as “runners” and also didn’t realize people referred to them differently until I was in high school.

I honestly didn’t know toques had other names in other countries until I was in high school. A toque is like a winter hat or what Americans might call a ‘beanie’.

The term “bunnyhug” is only used in certain parts of Canada. Since I’m from British Columbia, I’ve never really used this term, as it is most popular in Saskatchewan. A “bunnyhug” is another word for ‘hoodie’ or ‘hooded sweatshirt’. Personally, I think this is such an adorable piece of slang!

If you’ve been to Canada before, you may already know that it’s the birthplace of our lord and savior, Tim Hortons. People in Canada LOVE Tim Hortons, myself included. While personally, I don’t love the coffee (don’t come for me), the donuts in my opinion are amazing. “Timmies”, as you may have guessed by now, is a nickname for ‘Tim Hortons’. A “double-double” is what we call a coffee with two cream packets and two sugar packets added.

I could be wrong but I think the reason we refer to ‘kilometers’ as “clicks” is because of the clicks made on an odometer. Here’s an example sentence for you: “We’re 4 clicks away from the nearest Timmies.”

The Canucks are the popular Vancouver NHL hockey team. However, the term “Canuck” is now also used to refer to any ‘Canadian’. “Lucy isn’t American, she’s a Canuck!”

I grew up hearing the word “keener” a lot more than the word “hoser” but that could be because of the province I grew up in. Since Canada is so large, each province has different slang words they use more than others. Anyways, a “keener” is used to describe someone who is ‘too keen’ or ‘too eager’. The term “keener” is often used to describe kids in school who are very academically focused and are ‘teacher’s pets’. A “hoser” is a ‘foolish’ or ‘unintelligent’ person. It’s pretty synonymous with ‘red-neck’ as well.

A “kerfuffle” is another word for a physical ‘fight’. It’s often used to describe a drunken fight between men at a bar or party.

The word “chesterfield” is more commonly used by older Canadians and is another word for ‘couch’ or ‘sofa’. You really don’t hear this word used by many young Canadians.

“Snowbirds” are Canadians who escape the snow by traveling south in the winter. These wealthy Canucks may have homes in Mexico, California, Florida, or other warm places. They typically spend half the year in Canada and half the year escaping Canada’s winter weather.

Rather than referring to the letter ‘Z’ as ‘zee’, we call it “zed”. This is also common in the UK and likely is because of Britain’s lingering influence on Canada and Canadian English.

Author: April
Filed Under: Canada
The Best Things to Do in Victoria BC